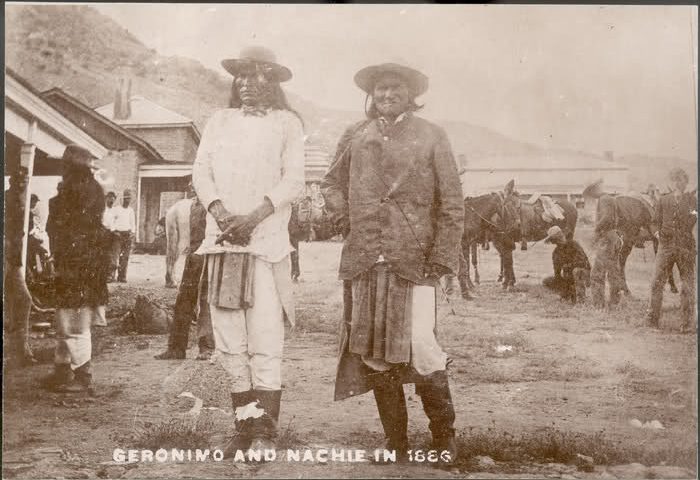 Fort Bowie was a 19th-century outpost of the United States Army located in southeastern Arizona near the present day town of Willcox.  Today, the remains of the fort are carefully preserved and protected by the National Park Service.
A visit to Fort Bowie National Historic Site begins in an area known as Apache Pass, which lies at the northern edge of the Chiricahua Mountains.  During the 19th-century this rugged, isolated mountain pass was known as “El Puerto del Dado,” the pass of chance, because travel through this area was a gamble, fraught with the danger of ambush by the Chiricahua Apache Indians who called this area home.

What drew people to this desert pass was the reliable, though never overly abundant, supply of water at Apache Spring.  At a time when water dictated travel across the arid desert, Apache Spring was a welcome respite from the harsh Arizona sun and a refreshing place to quench one’s thirst.  Ultimately, it was conflict over the invaluable water at Apache Spring that served as a catalyst for the establishment of Fort Bowie.

In July of 1862, a detachment of California Volunteers was marching through Apache Pass.  They were en route to aid Union forces fighting Confederate troops in New Mexico territory when they were ambushed near Apache Springs by Chiricahua Apache warriors led by Mangas Coloradas and Cochise.  The California Volunteers eventually won the battle and reached the spring, but only after the bursting shells from their Howitzer cannons drove the Chiricahua Apache Indians away.  This event became known as the Battle of Apache Pass.  Just days after this battle, Fort Bowie was established with a dual purpose: to guard the water and the pass and to escort travelers, mail couriers, and military supply wagons safely through the pass.  Fort Bowie would go on to serve as guardian of Apache Pass until 1894.

While the Battle of Apache Pass was a defining moment in the history of the Apache Pass area, there were other dramatic events that shaped this region and influenced Indian/Anglo American relations, including the Bascom Affair and the Butterfield Overland Mail.  Come be a part of history and learn about the many complex events surrounding Apache Pass and Fort Bowie.  For more information about visiting Fort Bowie National Historic Site please visit the park website or contact the visitor center.