Off to the New World

On September 15, 1620, the ship Mayflower prepared for her departure from England to the New World.  Originally scheduled to travel with the Speedwell, the Mayflower ended up making the voyage alone after the Speedwell proved unseaworthy.

After putting back to Plymouth, the Mayflower made her final departure on September 16.  Captained by Christopher Jones, the ship braved stormy weather, dissention amongst the passengers, and illness.  However, after a two month voyage the ship sighted Cape Code on November 19.  After scouting for a suitable spot to settle, they landed at Plymouth on December 26. 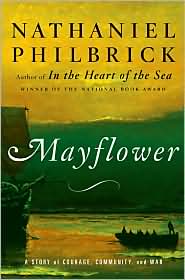 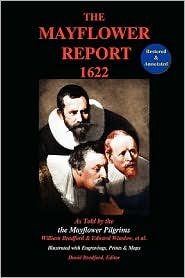 Before landing, however, the Mayflower Compact was drawn up, which served to set up a temporary government which would be governed by majority rule.  It reads:

IN THE NAME OF GOD, AMEN. We, whose names are underwritten, the Loyal Subjects of our dread Sovereign Lord King James, by the Grace of God, of Great Britain, France, and Ireland, King, Defender of the Faith, &c. Having undertaken for the Glory of God, and Advancement of the Christian Faith, and the Honour of our King and Country, a Voyage to plant the first Colony in the northern Parts of Virginia; Do by these Presents, solemnly and mutually, in the Presence of God and one another, covenant and combine ourselves together into a civil Body Politick, for our better Ordering and Preservation, and Furtherance of the Ends aforesaid: And by Virtue hereof do enact, constitute, and frame, such just and equal Laws, Ordinances, Acts, Constitutions, and Officers, from time to time, as shall be thought most meet and convenient for the general Good of the Colony; unto which we promise all due Submission and Obedience. IN WITNESS whereof we have hereunto subscribed our names at Cape-Cod the eleventh of November, in the Reign of our Sovereign Lord King James, of England, France, and Ireland, the eighteenth, and of Scotland the fifty-fourth, Anno Domini; 1620.