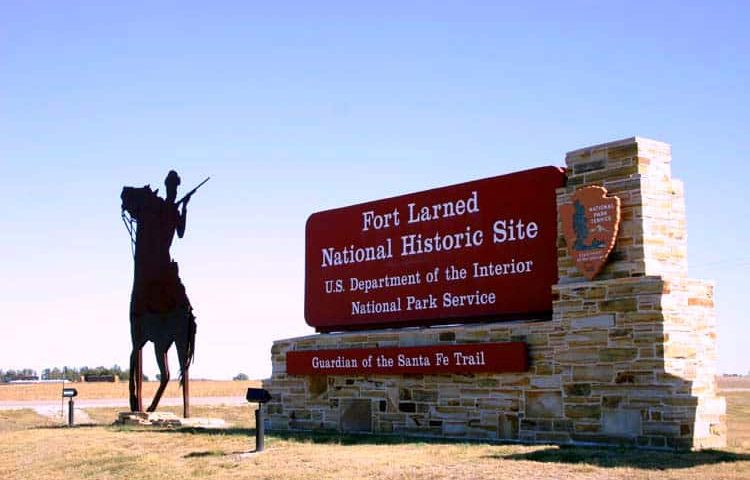 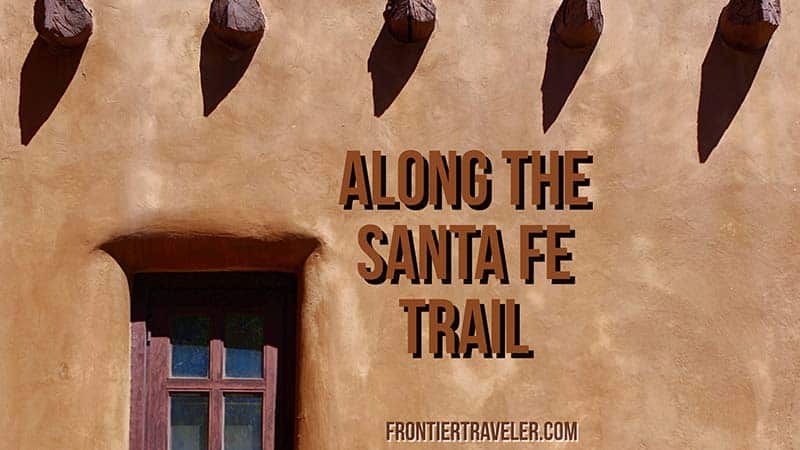 Back in 2010, we stopped at Fort Larned, located about five miles outside Larned, Kansas. The Fort, which was established in 1858 to protect travelers and commerce on the Santa Fe Trail, also played a role in the Indian Wars.

During the Civil War (1861-1865), regular Army soldiers from Larned were transferred from the post to the East, leaving the fort in the hands of volunteers. Plains Indians’ hostility increased during that time, culminating in an 1864 raid in which 172 horses and mules were stolen. It seems that the Volunteers weren’t that great at defending the Fort.

You may be interested to learn that the location for Fort Larned was chosen by William Bent, an agent for the Upper Arkansas Indians. Bent stated, “I consider it essential to have two permanent stations for troops, one at the mouth of Pawnee Fork, and one at Big Timbers, both upon the Arkansas River.” Bent is more often remembered for hit 1830 establishment of Bent’s Fort, located on the Arkansas River in what is now Colorado.

Bent and his brothers were primarily traders with close ties to the Cheyenne Nation, where Bent was eventually made a member of the tribe, partially due to his marriage to Owl Woman, daughter of a Cheyenne chief.

At the time of our visit, we weren’t aware of the Bent connection, but it’s not surprising considering how active the Bents were when it came to trade along the Santa Fe Trail.

Fort Larned and the History of the Frontier West

Although Fort Larned didn’t play a huge role in the Civil War, it was definitely a player during the Indian Wars.  According to the Fort’s site:

Post Civil War there were alarming reports to the “Indian Agent, Edward Wynkoop from the Dog Soldier Chief, Roman Nose, that many tribes planned uprisings in the spring. These warnings would eventually bring Civil War hero, Maj. Gen. Winfield Scott Hancock to Fort Larned in April of 1867 to deal with restive Cheyenne and Sioux Indians in the area. Hancock commanded the Military Department of the Missouri, which the Army created in August of 1866 to provide better protection to travelers crossing Kansas into Colorado and New Mexico.

One reason the Indians felt confident about taking on the U.S. Army is because they were apparently being armed by various traders in violation of the Army’s General Order No. 70, which stated that only traders authorized by the Army could sell weapons to the Indians. Another “Indian problem” was getting the Dog Soldiers to vacate their hunting grounds along the Smokey Hill River to make way for the Kansas Pacific railroad. The Dog Soldiers had no intention of leaving and rumors of their attacks in the area began to circulate, though many of them untrue.”

[By the way, Roman Nose was killed in the September of 1868 Battle of Beecher’s Island, located near present-day Wray, Colorado.]

We could go on and on, but we’ll stop by saying if you’ve never read about Kansas and the Indian Wars, we highly recommend reading more about it. We’re probably fascinated because our own family was part of the 1869 Cheyenne raid on Lincoln, Kansas.

Also located in Larned is the Santa Fe Trail Museum and Research Center. The museum was filled with artifacts from the Trail and included outdoor exhibits of a soddy (house made of sod) and a dugout.

I could almost imagine living in the soddy, but the dugout felt like I was living underground. However, it definitely gave a feel for what it would have been like in the early days living out on the Trail.

The Museum also has farm implements that are far more modern than Santa Fe Trail times such as a 1930s binder and other farm machinery.

We hope to see you on the trail!