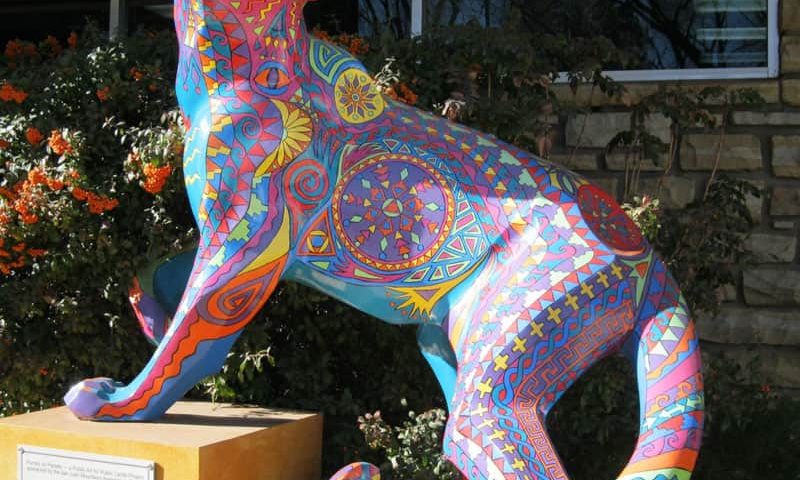 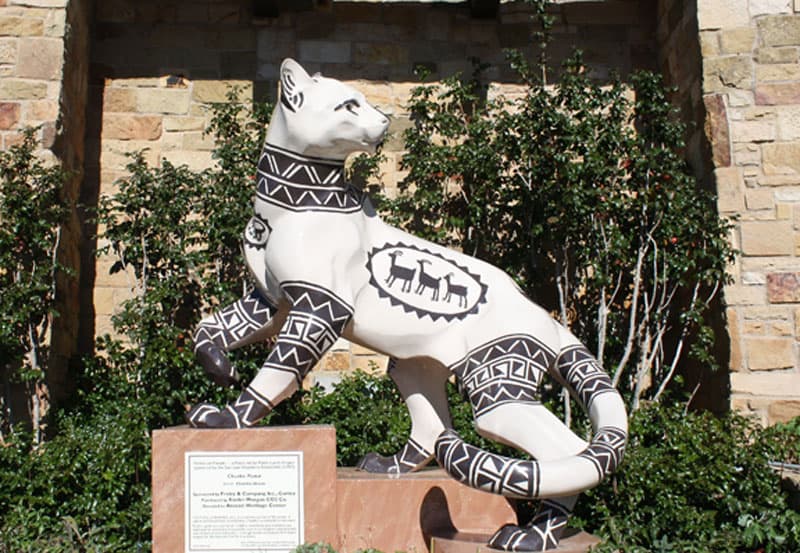 Pumas on Parade is a public art project of the San Juan Mountains Association – and if you’re in Durango, Mancos, Cortez, Dolores, CO or Moab, UT, seek one out.

Seventeen pumas were cast from an original bronze by artist Rosetta of Loveland, CO., then distributed to different venues where local artists painted the big cats using their unique expression. The cat above, named Chuska Puma, sits outside the Anasazi Heritage Center in Dolores. As Anasazi “black on white” pottery is so famous – the artist’s interpretation felt oh-so-perfect.

The first puma we encountered was perched inside the doorway of the visitor’s center in Cortez – gateway to Mesa Verde. Named Sky Prowler, it’s a deep blue and covered with clouds, a rainbow and stars.  If you look at his eyes (click the image to enlarge), you’ll see he feels completely different from Chuska Puma.

We hope at some point to see the other pumas, which are located at venues as various as a veterinary clinic, medical office building, bank, airport, and nursing home.

For now, we’ll have to settle for pictures like the one of Radiant Cat (below) – until the Frontier Traveler returns to Colorado. See you on the trail!